whatever comes to mind…

Ashton cat, I love you.

Do you know him? I did, and in my own way I loved him very deeply. From the day, in August 2009, that he came into my life, in a little box from the pet store, I knew I was fighting a loosing battle saying that he wasn’t mine.

My daughter and my friend had taken it upon themselves to go and buy a kitten without asking me first and my friend had had it microchipped and bought every kind of toy, food, bed and basket available on the market for this kitten. Total bill: R7600. What could I do ? I had to allow for space in my home for him. 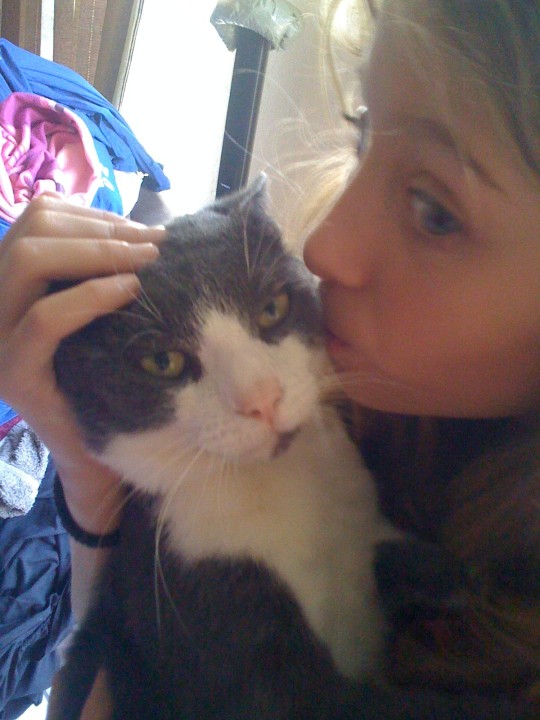 He was the scrawniest kitten I’d ever seen and always had a runny tummy, I went through 12 different foods before finding one that suited his tummy, we went to vet after vet. Eventually after about four months and half a fortune he settled down into being a healthy kitten.

But he thought he was mine…

If I bathed he was on my chest, if I tried to sleep in he’d lie on me and stare at me until I woke up. He had a special meaow which was reserved for me only. Whenever I left the house he would try to follow me or sit at the door crying until I came back.

But he wasn’t my cat. Damn cat.

I knew him better than anyone and he took my bitching and always looked at me with those oversized eyes as if to say “I understand”. We had a strange relationship. I couldn’t admit I love him but he knew I did. He was just the crazy cat.

The night before Christmas last year we had just moved and Ashton wasn’t very happy with the move, when I tried to pick him up he growled at me and I realised there was something else wrong. So at 9.30pm on Christmas eve we rushed off to the emergency vet to have him seen to.

He had a blocked bladder and we were lucky that once they had drained it he was fine again. Apparently with the stress of the move and the litter box being moved he’d decided to pinch and that had caused the blockage. I was so relieved. He was up and about on Christmas morning and very happy to find catnip biscuits and dried sardines in this stocking.

This past week he started looking depressed again and on Friday night he started vomiting. On Saturday 23 July 2011,  Ashton got put to sleep due to renal failure. My heart was broken, turns out that the little kitten with the upset tummy was probably born with kidney problems and was lucky to have lived for 2 years.

I know I moaned and groaned at him all the time and called him crazy cat, I know that I bitched and complained whenever I had to take him off my feet in the middle of the night so that I could roll over in my bed, I know that I kept telling him that he’s a big boy and needs to move in with my daughter now, but in all reality, he was my cat and I adored him.

When we took turns hugging him and kissing him good-bye he hung his head in sorrow and I think he knew it was good-bye. He watched as the vet trimmed his hair and stuck the needle in and then looked at me and gave me one final wink and closed his eyes as though preparing for the end, it was the most difficult thing I have ever done in my life,  holding him and watching the life drain out of him.

I love you Ashton and I hope you knew that when you died. I miss you. 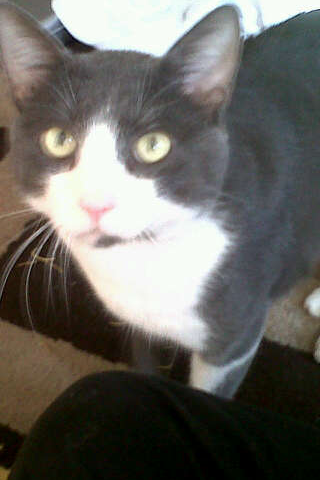 Ashton on a good day – bad pic though..